The Guy Foundation Conferences and Meetings

The Guy Foundation convenes meetings and events for scientists working on quantum biology and bioenergetics and those working in related fields. If you are interested in finding out more about these meetings please get in touch using the Contact us page.

Following the successful ‘Spring Series’ the Foundation has convened the 2020 Autumn Series with the theme ‘Does biology utilise environmental noise to amplify quantum effects?’

23 September 2020
Professor Giuseppe Vitiello, Honorary Professor of Theoretical Physics, University of Salerno: ‘On the wave of coherence. Biology beyond the atomist standpoint.’ Click here to view

21 October 2020
Professor Gregory Scholes, William S. Tod Professor of Chemistry, Department of Chemistry, Princeton University: ‘What is coherence and how is it harnessed in biology?’ Click here to view

If you are interested in attending the lectures (being held on Zoom) please contact us for the joining details. The lectures will be recorded and available on our website here.

As laboratories around the world closed due to Covid-19, the Foundation responded to requests from scientists by rapidly pulling together a series of on-line lectures, the ‘2020 Spring Series’, with the aim of bringing together leading scientists from apparently different backgrounds but whose work may well be linked by a common thread: the potential importance of quantum effects and interaction with the environment.

With an overarching theme of sweet spots and the voyage from the quantum to the macroscopic – viewing biological phenomena from different scales, five scientists delivered their thought-provoking lectures, followed by lively discussions

In the first talk Dr Philip Kurian delved right into an area of science that theory suggests, if proven empirically, life relies on basic quantum effects to ensure its robustness. In effect, the environment seems to “tune” the quantum world in a way that is optimal. One theoretical example of this is plasmonic allostery and how large protein structures important in cell’s cytoskeleton, called tubulin, which contain regularly spaced chromophoric tryptophan amino acids that absorb ultraviolet light (UV), display something called “super-radiance” when excited with UV photons generated by oxidative stress in mitochondria; this hints at a whole new potential mechanism of how cells may function.  In fact, this “tuning” concept may mean that more established inter-molecular forces, such as Van der Waals, could, with the aid of water, act over much longer distances due to quantum effects. This may begin to answer how living matter can organize, synchronize and coordinate its fundamental quantum constituents across several orders of magnitude both in space and time.

In the second talk Professor Wayne Frasch  an expert in bioenergetics and the molecular motor FoF1 ATP synthase, described how this tiny little turbine in the mitochondria uses the proton gradient generated by the mitochondrial electron transport chain (ETC) to capture energy in the form of ATP – a molecule that stores energy in a usable form. Although it is thought that the ETC may well be using significant quantum effects, the role of quantum effects in the FoF1 ATP synthase has not really been investigated. Given that it is emerging that quantum effects could be playing a role in long range signalling within cells, as described by Phillip Kurian, it would be interesting to speculate that they may also play a role in controlling large complex structures like that of the FoF1 ATP synthase.

The third talk of the series was given by Dr Edward Calabrese who is an expert in the biological phenomena now called “hormesis” (the idea is also embraced by “adaptogens”). This is where a small dose of a “stressor” induces a biological system to adapt, and so becomes better able to resist the stressor the next time around – in effect, what doesn’t kill you, makes you stronger. It is a kind of over-compensatory response, and is induced by many biological factors and agents. For instance, exercise, fasting and plant defence compounds. Key biological systems involved in this are the anti-oxidant pathways and mitochondria. In effect, it seems that life requires a certain amount of stress to function optimally, in effect, a Goldilocks zone or sweet-spot. The relevance is that this could be a higher order reflection of what happens at the quantum level (see Philip Kurian’s and Martin Plenio’s talks). It of course also echoes Darwinian natural selection in the sense that stress, at the molecular level, can accelerate the removal of damaged components and enhance the production of more functional ones.

In the fourth talk, Professor Michael Levin provides evidence for an idea about the importance of biomorphogenetic fields in defining an organism’s shape; in essence, he outlines data from flatworms that the shape and structure of organs, and animals, may rely on the generation of an electromagnetic field. In effect, these fields encode information about where cells need to go. This is potentially highly valuable as it hints at how regeneration of limbs/organs may be achieved. The fields are generated by ion gradients and the movement of charged particles, which are also essential for everyday metabolic processes. For example, the highest potentials are found across the mitochondrial inner membrane, where the energy density approaches that of a bolt of lightning. This of course raises the question, which came first, the field or the ion gradient, and did this shape the evolution of life? If, as it now becoming apparent, life may well have evolved to use significant quantum effects – how do these interact with this morphogenetic field? Do quantum effects dictate electromagnetic fields at larger scales, and what is the interaction?

In the last talk of the series, Professor Martin Plenio, in his discussion around the possible role of quantum dynamics in biology, provided an overview which could well link all the previous talks. One of the main points he made was that there appeared to be a “sweet spot” between biological performance and system-environment interaction. This is potentially highlighted by the possibility that the boundary between clear quantum effects, for instance, at sub-microscopic/nanoscopic distances and very short time scales, often measured in the nano-femto/second range, to the macroscopic, could be something that life manipulates to balance coherence and decoherence. In effect, the apparently hot and chaotic environment tunes the quantum world and enables things like efficient electron transport and charge separation, which are essential for life. He also discussed the need to develop new measurement techniques to detect the extent of quantum effects in biology, which, intriguingly, may not only tell about the role of quantum mechanics in biology, but perhaps tell us something about quantum mechanics itself. One of the emerging technologies revolves around the use of photons and nano-diamonds.

In summary, one of the take home messages that could be distilled from these talks is that there is a clear interaction between the larger classical world and the smaller space described by quantum mechanics; this boundary could be pivotal to the existence of life and is exploited by it. Perhaps one of the most interesting, and perhaps, telling similarities is the requirement for a quantum/environment sweet spot, which if drawn displays and inverted “U” shape, which is identical to the hormetic curve. Could this be telling us something about the origins of life itself, and the need for the right kind “stressful” conditions to get it going? For example, it is possible that natural selection of dissipative molecular systems, for instance, in proton and/or photon gradients, gave rise to “life” as a natural product of the laws of thermodynamics: life is very good at enhancing entropy in the Universe. This would suggest that in places where there was little energy potential, life would never get going, but in places with very high potential, it would also not get going as it couldn’t remain stable – but in just the right spot, it may well do. The discovery of phosphine in the atmosphere of Venus indicates that perhaps, just maybe, even here, life has found a way to exploit the boundary between the quantum and the classical worlds. 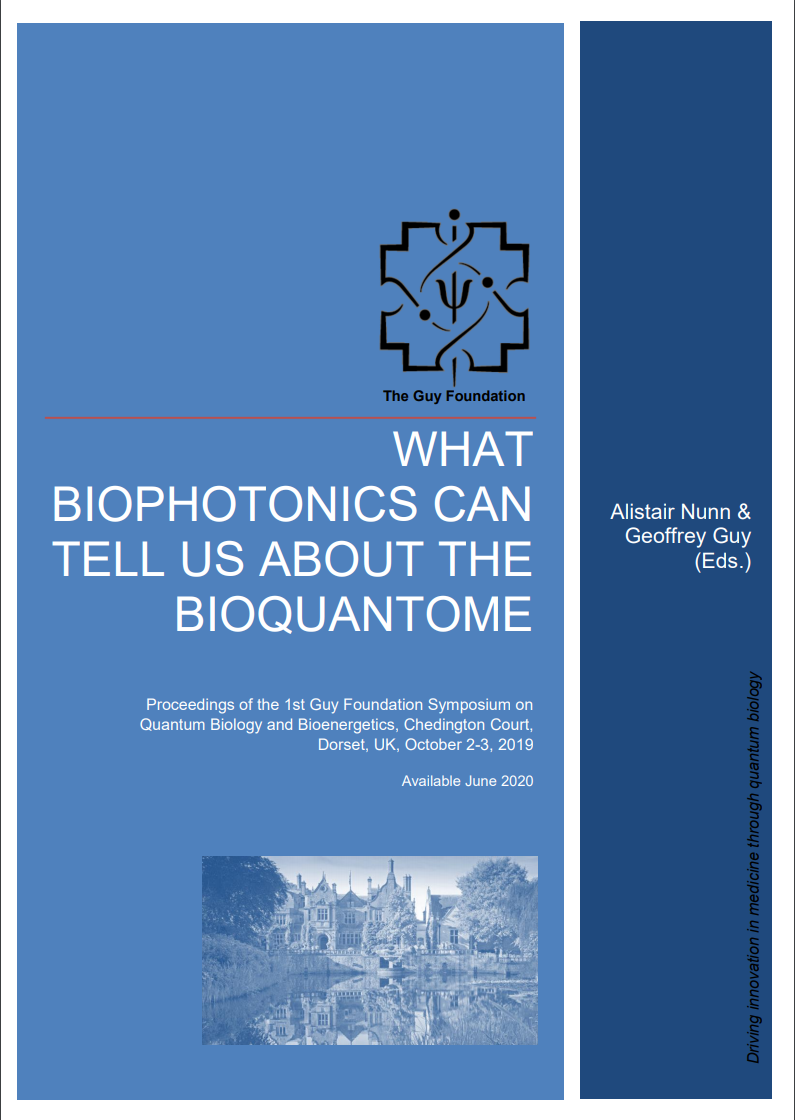